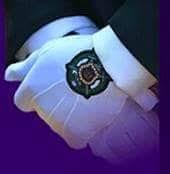 Mr. Bennett passed away on Saturday, April 16, 2016 in a fatal car accident.  Born in New Zion, South Carolina, he was the son of the late Kelley Bennett and the late Channie McFadden Bennett.  He was an active member of Pineville AME Zion Church.  He was a graduate of East Clarendon High School and Winthrop University.  Mr. Bennett was the current Superintendent for the School District of Newberry County.

Mr. Bennett was well known and respected for his leadership skills, as a Physical Education Teacher andVarsity Boys Basketball coach. He was named Fort Mill High School Teacher of the Year – 1988 and Five Time Region Coach of the Year, Varsity Basketball.  He was named 2009 SC Athletic Administrator's Association Superintendent of the Year.

Mr. Bennett has presented at numerous events and conferences across the state, Winthrop University Educational Leadership program for elementary Principals South Carolina and AME Annual Conference. He is a member of several professional and community organizations. He was a member of Epsilon Gamma Gamma Chapter of Omega Psi Phi Fraternity Inc.